Look Out For Hobo Spiders In Utah Homes

Hobo Spider- One to watch out for in Utah homes

Like most people I don't like spiders! I usually have pest control come quarterly to avoid seeing them but from time to time get a little relaxed about having my home treated. One day in the garage I saw a pretty big web in the corner....I figured it was no big deal and moved on. I decided a couple weeks later to look closer and I noticed a large shiney black widow hanging from a web!  I headed to walmart to buy some spray to take care of the area and sprayed everywhere! Unfortunately it didn't seem to work and I ended up finding several black widows every other day or so along with a bunch of baby spiders that I assumed were likely black widows too. I called Pest Control and that was that.....I didn't see any more black widows. Time passed and a  couple years later I took a break from my Pest Control service again. As my son was playing in the yard one afternoon I noticed large funnel webs by the back gate where he exits for school and also noticed several spiders nearby. Again, I called the Pest Control in fear that these were likely Hobo Spiders (because of the distinctive funnel web) and in fact they were. The Pest control pointed out several Hobo spiders running around my yard and explained that they are actually unlike most spiders and can be somewhat aggressive. He said when he sprays them they will actually chase after his sprayer!

I have now decided after my runin with Black Widows and Hobo Spiders to just keep my Pest Control company coming several times a year. This gives me peace of mind and keep the dangerous spiders out and hopefully eliminates the chance of a nasty bite!

Here is a KSL article about Utah Spiders and what to watch out for in Utah!

by Garth Haslem -Experienced home inspector, author and regular contributor to KSL. He is an environmental engineer and certified decontamination specialist.

SALT LAKE CITY — It’s every mom’s nightmare: little eight-legged guests swarm their way into your home and invite themselves to your hospitality.

The guests are often looking for the same set of conditions that you need from your home: food and shelter. Despite some common interests, the eight-legged inhabitants and the two-legged owners rarely get along.

If you live in or around Utah, there are four potentially dangerous varieties of spidersthat may be living in and around your home. These are the hobo spide.r (formerly known as the aggressive house spider), the black widow, the brown recluse and the wolf spider. There is a debate as to how dangerous or aggressive these spiders are, but one thing is certain: some spider bites have been shown to cause serious injury or death.

Spider bites contain the potential for necrosis — the death of tissues in the body. According to one source, damaged necrotic tissue cannot be treated — it may be surgically removed, but cannot be returned to good health.

Let’s put ourselves in the shoes of an arachnid for a moment. As an arachnid, all we really want to do is eat, hang out and reproduce. For many two-legged animals, this will not be a difficult thing to imagine. Such a lifestyle may be a panacea for some of us, but it’s a way of life for our eight-legged friends.

To succeed as an arachnid, one needs to find prey and avoid becoming prey. This makes the home an inviting place to live: bugs can sometimes be plentiful and predators such as birds and larger spiders that want to eat you? Well, they’re usually not found in a house. As a spider, you’ll want to stay out of sight of the bigger creatures in the house — humans can be deadly. The best places are cracks, holes and places where the humans don’t go. And if you’re traveling? Stay in the corners. Thrown shoes are less deadly if you’re in a corner.

Oh, and when you become a spider parent, teach the kids not to waste all their venom on biting the humans. Venom is their ticket for dinner– if they blow it all on a human, there’s nothing left for a next meal. They’ll get pretty hungry before they can eat again. Those darn kids — they blow their resources on looking cool, and then the parent has to feed them. That never happens with human children.

Of the spiders most often found in homes, the hobo spiders are of the most potential concern. Brown recluses generally live only in the Southwest (Arizona and extreme southwest Utah), wolf spiders are not venomous, and black widows don’t do well in dry environments. These spiders are more likely to be found outdoors. It’s the hobos that deserve the most attention.

Hobo spiders are athletic — great runners but poor climbers. They usually live below ground. Hobos tend to live in protected places, such as foundation gaps, window wells and lumber stacks. Inside the home, Hobos can make a home between boxes, in window sills, in closets and between children’s toys. This spider moves fast and far, especially in the fall when males are looking for a mate.

Some experts believe hobo spider bites rarely cause necrosis. On the other hand, necrotic spider bites have been reported in Utah for many years and are usually improperly blamed on the brown recluse spider — but the brown recluse generally doesn’t reside in Utah. While experts may disagree on who did the biting, the hobo is usually the most likely villain.

When it’s dry, and when it’s not

Most hobo spider bites are "dry," meaning that no venom is injected. The bite of the hobo spider is relatively painless and feels like a pin prick. Wet bites are different. Within 15 minutes of a venomous bite, numbing sensations may occur at the bite and the victim may feel dizzy. After about an hour, the area around the bite shows reddening and inflammation. Blistering, headache, sight, hearing and joint problems may occur as well. After two or three days, the area around the wound may get black. In all, it can be a very unpleasant experience.

How to Avoid Spiders in your home

To control spiders in your home, the most effective efforts include habitat elimination (eliminate the cracks and holes where spiders can live), exclusion (seal their pathways into the house), trapping (glue traps can be very effective), risk avoidance (using gloves, keeping the bed sheets off the floor), and chemical control. You can best control pests when you use more than one method of management, and many experts agree that chemical treatment is the least effective of these — especially when used alone.

Clean out undisturbed areas — but use gloves when you do so. Vacuum to remove spiders and their webs, and then discard the bag to prevent escape. Prevent spiders from entering the home by sealing holes where pipes enter the house, sealing cracks in the foundation, and installing seals around doors.

The $10,000 fix for spiders? It could be a hospital bill. It could be the cost of not being able to sleep at night. It could be loss of a part of your child’s body due to necrosis.

Some spider experts would insist that spiders are the least of our worries inside the home. They may be correct on some level, but we have all been bitten by spiders — and many of us know someone who has experienced serious spider bite injuries. Reasonable steps for risk reduction will always be a good idea. 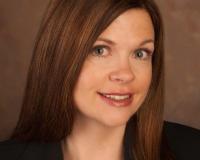