Zillows Estimates Not Quite Right 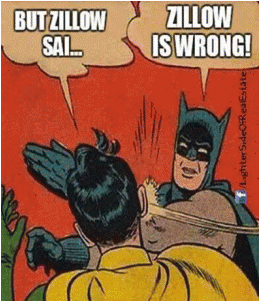 The Zillow’s comparative market analysis sometimes referred to as Zestimates, can be accurate for people curious to know what their home is worth. But most of the time they’re riddled with mistakes and bad evaluations, especially in Utah.

Whether you’re are thinking of selling, curious to know how much your home is gone up in value or maybe you’re curious to know what your neighbors just paid for their home, The Zillow takes a stab at more than 100 million US homes each year.  So why are the estimates not as accurate?

Several times a week, The Big Z updates its collection of property values, which are based on public data, user-submitted data, and data feeds.  According to Zillow, “The vast majority of Zestimates are within 10 percent of the selling price of the home.” But, like any statistics or evaluation, it’s only as good as the information info used. So if the square footage, basement finished, the number of bedrooms or other items are inaccurate on the feeds or Zillow’s system, the estimate will be off as well.

Now, you can correct these mistakes. However, it takes your time and the updates are not reflected quickly, and sometimes not at all.  Have you finished your basement or updated your kitchen? Well, Zillow won’t know that. Or maybe they do but they don’t think the upgrades you made change the value.

So with accepting user-submitted data, a homeowner could try to manipulate buyers by sharing bad information with Zillow as well.  In other words, don’t put too much stock in a Zestimate.

Along with accepting user submitted data, Zillow deals with inaccuracy problem by reporting estimated value ranges.  Looking at the low and low range will give you a better idea of your home’s value.

2. Errors or Oversights in Sales Prices or Property Tax Records

Z uses the price and date from when the last time the home was sold if they have a direct feed from a reliable source.  They pair that with recent appreciation rates in areas.  The issue is Utah, along with 13 other states, is a non-disclosure state. That means anytime a home is sold they sales prices is not divulged through the public record. So computer generated platforms such as Zillow and Realtor.com have a real challenge.  They do not have access to the actual sales data. Zillow even admits it’s a challenge for them when there are non-disclosure states/counties. Most Realtors and appraisers do have access to the information and are able to provide a better valuation because they have accurate info.

One thing that is shared is property taxes records and estimates.  In Salt Lake County, you can look up the size, the number of bedrooms, and other info on your home.  You can even see how much someone pays in taxes last year.  The issue here is that most of the time the tax assessor’s office is conservative to avoid homeowners from paying too much in property taxes. So they will intentionally make homes smaller than they actually are. The inverse is that builders will often estimate higher to make there home seem bigger on paper.

If this information is inaccurate, it can throw off the Zestimate. And since comparable sales also affect a home’s Zestimate, a mistake in one home’s sales price record can affect the Zestimates of other homes in the area. 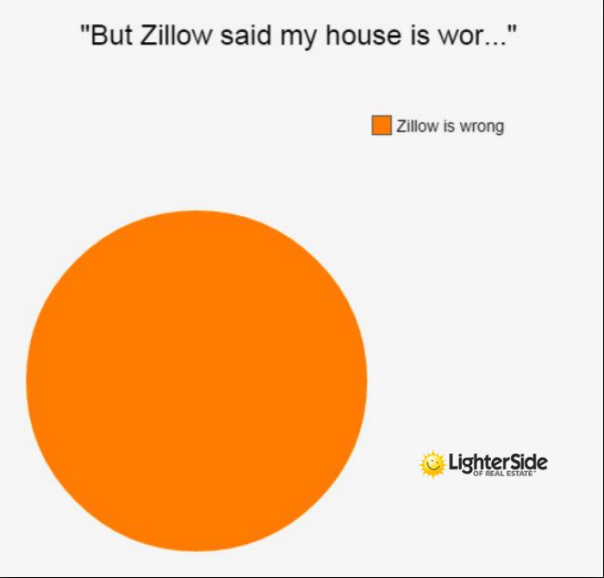 3. Upgrades and Unique Features Unaccounted For

Sometimes a homeowner makes improvements to a property, and Zillow has no way of knowing unless your local property tax assessor knows about them. If you make any upgrades that require permits from the city, that information may be passed along to the property tax authorities and entered into the public record, which is where Zillow could learn about it.

If you added a permitted fifth bedroom to your home, for example, and the property tax assessor deemed that the upgrade increases your home’s value, that information would probably eventually find its way into your home’s Zestimate. But if your home has a brand-new designer kitchen that didn’t require any major permits, yet your neighbor’s home has its original 1975 kitchen, Zillow will value both homes similarly even though your home may fetch a higher sale price.

Upgrades aren’t always as valuable as you think, though. It depends a lot on local housing market conditions and what projects you have done. So just because your home’s value on Zillow hasn’t changed since you added that bedroom or remodel your kitchen, don’t assume you can tack on an extra $30,000 to the Zestimate. Conversely, if Zillow says your home is worth $300,000 but you know you haven’t updated it as much as similar homes in your neighborhood, it might sell for less or take longer to find an interested buyer. 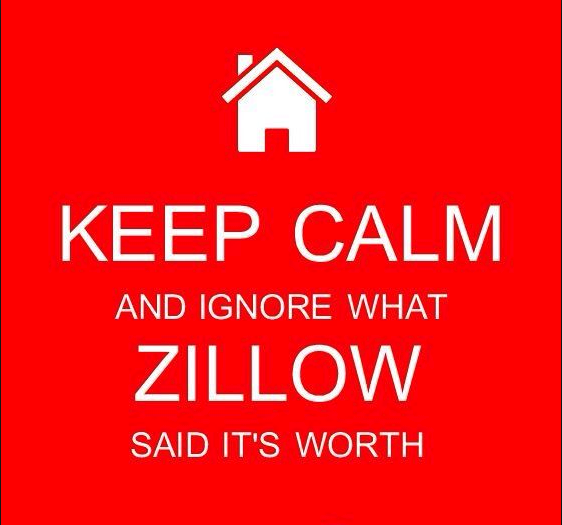 The more home sales there are in your area, the more data Zillow has about how much buyers think those homes are worth. These data make Zestimates more accurate. So if you live in a hot market in the Daybreak or South Jordan, UT, your Zestimate might be more accurate than if you live in a rural town where people stay in their homes for decades and sales are rare.

5. Major Changes to the Zillow Algorithm

Zillow updates its algorithm as it comes up with more ways to improve its accuracy. When this happens, Zestimates can change significantly even though nothing has changed about those homes or the real estate market. That said, in July 2016, Zillow upgraded its algorithm again. Zillow says its latest update makes the estimator's national median error rate 6%. That's down two points from the estimator's previous national median error rate of 8%. However, Zillow still receives heat and lawsuits.

Zillow isn’t trying to hide the imperfections of its Zestimates from consumers, and you can’t expect perfectly accurate estimates from competing sites, either. Merely use the prices from Zestimates as a broad guideline, and contrast these figures against other sources. A comparable market analysis from a local real estate agent or professional appraisal of the home are the best ways to learn its likely value.

Curious to truly know what your home is worth?  Contact me for a no-hassle market analysis on your home, at 801-268-4157 or Adam@cdautah.com. 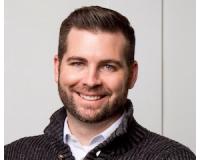